Could Social Media Have Saved Detroit? While many point to the 1967 riots as the cause of Detroit’s decline, The D’s demise actually started in the 1950s. With The Great Depression and World War II in the history books, the 1950s should have been prosperous. And from afar, perhaps they were.

Detroit’s population in 1950 placed the city as America’s fourth-largest and the metropolis boasted a strong economy thanks to manufacturing jobs galore. However, when you dig into the details of Detroit’s history, you find the decade was detrimental. Extensive freeway construction destroyed entire neighborhoods, the economy’s reliance on the auto industry caused all kinds of complications when jobs and plants relocated outside of the city, and shoddy race relations were just a start of the race-related tragedies to come.

But maybe things could have been different. Looking back, we have reason to speculate that social media, if it was as it is today, could have played a part in saving the city.

From an increase in diversified job opportunities and a positive impact on the economy to a platform for shining a light on the race-related issues dividing the metropolis, let’s take a deeper look at the impact social media could have had on Detroit in the 1950s.

The Auto Industry Would Have Flourished

At the time, Motor City was the hub of Ford, General Motors, and Chrysler. As you can imagine, The Big 3 in auto generated all kinds of jobs, attracting people near and far to downtown Detroit.

That said, the birthplace of the auto industry lost its luster in the 50s as auto companies branched out. They escaped the city for suburban and rural areas for a variety of reasons, including to be closer to the people who had the income to purchase their creations. The auto industry was the saving grace of Detroit’s economy, and as the automakers bolted, so did the job market and the city’s financial foundation.

Imagine Facebook ads and Instagram stories being used to spread the word on the latest auto technology; air conditioning, power steering, and seat belts were just a few of the new features hitting the mainstream at the time.

Perhaps as technology helped supercharge this kind of advancements in the auto industry, social media could have supercharged marketing and sales in Detroit.

Creatives could have had the opportunity to push out dynamic campaigns to spread the word on the latest and greatest cars to attract buyers beyond the city’s boundaries, and leverage targeting to handpick people who had the income to convert into customers immediately. Long story short, auto sales could have skyrocketed thanks to the power of social media.

The byproduct of social media generating income for the auto industry and proving it’s valuable ROI would have been new job opportunities. Let’s not forget, social media isn’t fully automated. After seeing a glimmer of success from their own efforts or a competitor’s social media skill, The Big 3 auto manufacturers would have expanded their workforce to offer roles to social media professionals.

More sales and more jobs within the auto industry would have been a win-win equation for the city. Social media could have been the catalyst for this to occur.

Social Media’s Would Have Influenced the Entire Detroit Economy

We’ve already discussed the valuable role social media could have played in saving Detroit’s auto industry, but how about Detroit’s economy as a whole?

The financial crisis that has inflicted Detroit for decades is largely due to the city’s economy relying on a single industry back in the day; auto. Had social media been available in the 1950s, the marketing and digital media-related opportunities that could have existed in a populous city like Detroit would have had a massive impact on the economy.

Social media has a place in all industries as a component of sales and marketing teams. Thus, the jobs that come along with social media could have boosted the economy across the board, as these skills translate across industries.

Companies could have invested in their own internal social media teams, but that’s not all. The digital marketing, advertising, and media agencies that are the norm now could have staked their claim on a big city like Detroit early on. As they increased business for all of Detroit’s markets, these agencies could have attracted new businesses to Detroit looking to be in close proximity to the agencies they were paying to master their marketing and advertising efforts.

Even if the auto industry had still crumbled, the ROI associated with social media would have translated well to other industries and an ongoing positive economic impact on the city. Don’t get us started on what we alone could have done for Motown :).

Social Media Could Have Shined a Light on Race Relations 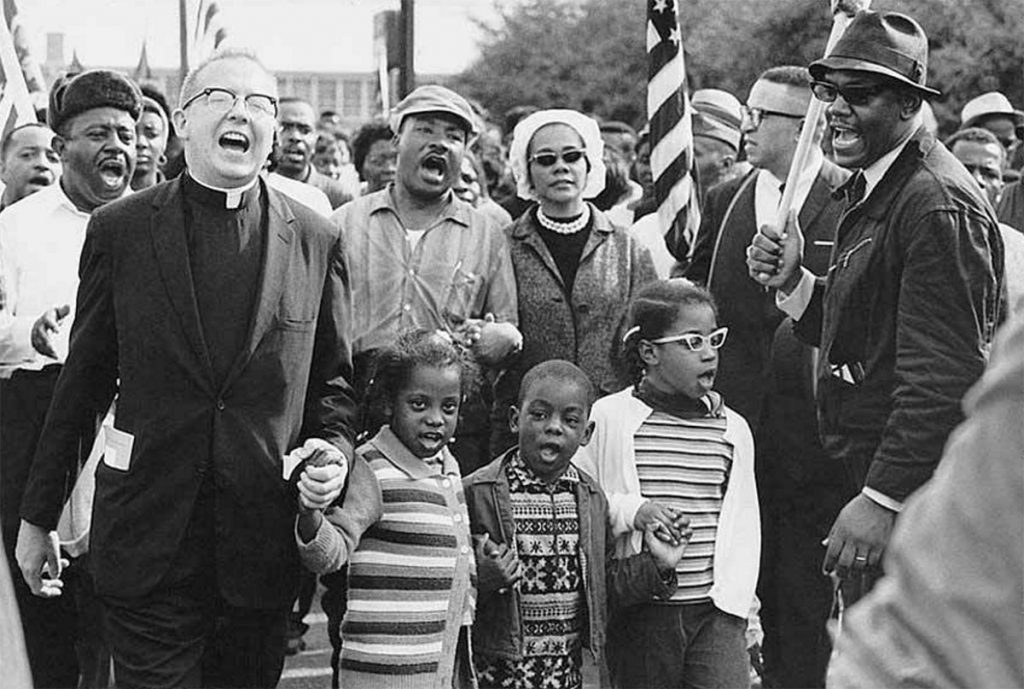 In the 1950s, Detroit experienced “white flight.” With the highway system expanding and the city overcrowding, people and jobs relocated to the suburbs. Racial segregation was a problem, as many were divided by class and income level. Black growth in the suburbs declined and social tensions increased in the city due to poor living conditions, limited housing, a white-dominant police force, and more.

While black population had increased tenfold between 1940 and 1950 due to the many manufacturing opportunities, these workers were now stuck in impoverished neighborhoods. Furthermore, local real-estate workers and bankers reportedly did their part to keep things segregated. The tough times in the 1950s were just the tip of the iceberg of what was to come.

While social media gets a bad rap at times, imagine the social good that could have been done for race relations back then. Platforms like Facebook, Instagram, and Twitter could have shined a light on these issues, catching the attention of people around the world.

Say what you will about social media, it’s a powerful platform for giving people a voice. Those who didn’t have a voice at the time would have had an outlet to share what was going on. The right voices amplified through social media could have made a major difference in race relations and attracted the necessary support, activism, and awareness to influence change.

While we’re certainly not saying social media would have altered the course of history by stopping segregation and preventing the 1967 riots, we do believe there’s a scenario where social media could have shined a light on these issues, and at least encouraged positive, proactive action to help diffuse the situation. That could have gone a long way in saving Detroit.

While there’s plenty of could have, would have, should have, surrounding Detroit’s downfall, we believe social media services could have helped the city we so deeply care about. Perhaps, you’re a believer now too :). Social media marketing done well has such a positive impact on the world and we simply wish social was a thing much sooner.

As a local, Detroit-based social media agency, we do our part to help modern Motown by supporting the social media efforts of businesses far and wide. While we can’t turn back time, we can help fuel the success of the people and businesses who now call Detroit home. Perhaps, we can help you!