No doubt about it you can increase your Facebook video views in an incredible way to organically boost engagement on Facebook. Considering 100 million hours of video are watched on Facebook per day, Facebook video is a top player in social media marketing. However, it isn’t just enough to create videos and upload them to your brand’s page, and you may find that video views are disappointing and off-target each month. If so, it’s time to carefully consider what users respond to best in order to maximum your efforts. Here are a few tips to help elevate the views and engagement on your videos! 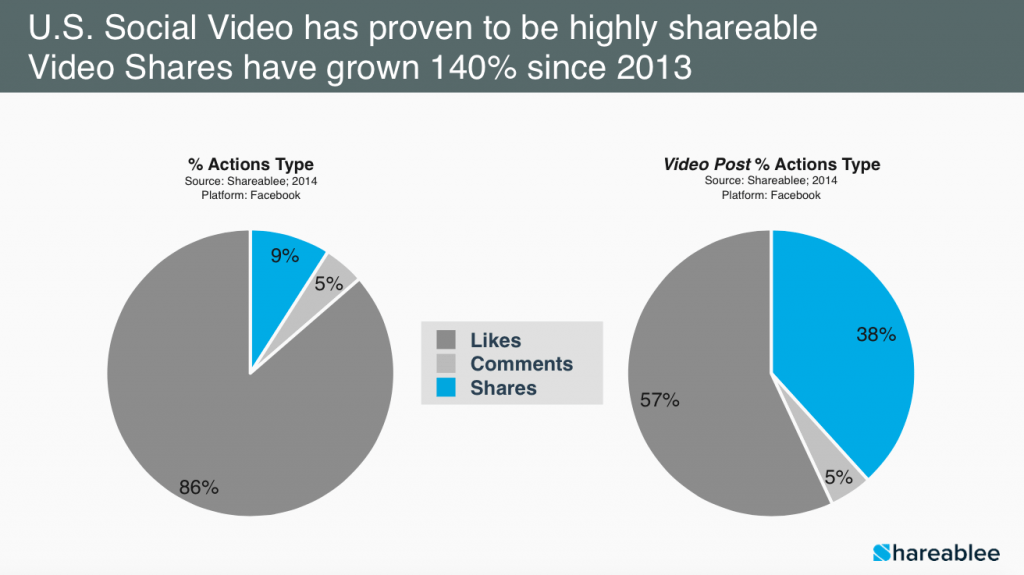 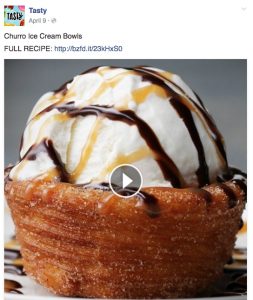 A study by Time magazine found that people have a shorter attention span than a goldfish! Yes on average you lose concentration after just 8 seconds – that is shorter than a goldfish’s attention span! Starting a video with a bang is essential if you want users to continue to watch until the end. Don’t kick off with a talking head. Instead, utilize eye-catching video, and engaging graphics

or something original that isn’t spotted often on your newsfeed. If you are showcasing a recipe, don’t begin by featuring the list of ingredients or a carton of eggs. Instead show a cheesy, gooey piece of steaming lasagne being placed on a plate. You better believe people will stick around to see how it was made! Buzzfeed’s Tasty does this well. Show the delicious food you’re about to make and most often people will stay to learn.

It is also vital to select a high-quality thumbnail image. When uploading a video, Facebook gives you an option to select one of their thumbnails or upload your own. Be sure to choose one that is most likely to pull in viewers. This is just as important – if not more important – than the title of the video.

Did you know according to recent studies 85 percent of Facebook video is watched without sound? 8 billion video views are hosted on Facebook per day, but most of those views are occurring in silence.

Because of this, subtitles make a massive difference in your video views. They make the videos easier to consume. For example, if you are browsing Facebook while in the waiting room at your doctor’s office, would you crank up the volume to watch a video? Most likely not. However, you may watch it in silence if captions are included.

The format in which Facebook presents your videos favor captions, too. Autoplay is excellent and brings eyes to your video, but you can’t rely on fun music or an eyebrow-raising statement to draw users in. You must rely on compelling video and engaging captions.

Additionally, if you are a global business and executing a Facebook marketing strategy, captions will be greatly appreciated by anyone watching your video whose first language is not English! Remember, it is all about creating content that will be consumed by your audience easily.

If your video really does need sound, don’t be afraid to encourage viewers to “tap for sound” in the video caption.

Facebook has unfortunately removed the call-to-action functionality for videos, but Buffer has highlighted a few ways you can still add a CTA:

Whichever method you choose, be sure to utilize it frequently! It is always worth adding in a CTA and using your Facebook video for the maximum ROI it can provide.

Keep It Short and Sweet

As stated above, humans really do have short attention spans. It is difficult to get them to focus on 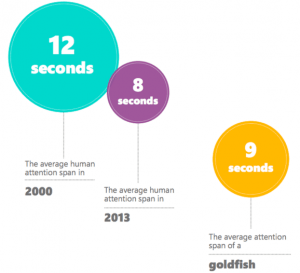 anything, let alone a lengthy Facebook video. Wistia conducted a survey on optimal video length to determine the correlation between video length vs engagement and here is what they discovered:

If you feel as though you are not utilizing all the footage you have, consider creating multiple short videos instead of one long one. Be sure to encourage people to watch the previous videos (and include links!) to maximize views.

We get it. Crossposting content is a lot easier than creating unique content for each platform. However, convenience can often backfire. The ideal format for Instagram videos isn’t necessarily best for Facebook. Make sure your video is optimized best for Facebook by considering the following tech specs when producing it: 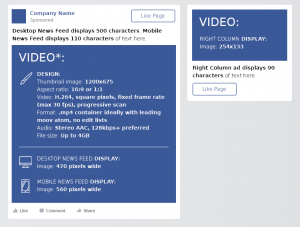